About Us | Aquatherm PP-R Piping Systems 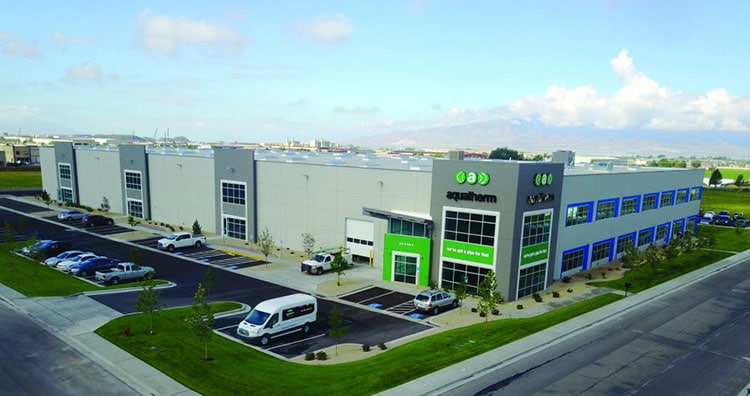 AQUATHERM: FROM 1 GARAGE TO 75 COUNTRIES

In 1973, experienced tradesman Gerhard Rosenberg discovers that polypropylene is an ideal material for in-floor radiant heating tubing. He begins manufacturing the polypropylene pipe, known as Aquatherm, in his garage in Attendorn, Germany. From these humble beginnings, a global plastic pipe manufacturing company is born.

During the next four decades, Rosenberg works with a constantly evolving, world-class team, which eventually includes his three sons, Dirk, Maik and Christof. They introduce innovation after innovation, all centered on polypropylene pipe and fittings.

Today, Aquatherm and its global network employ 600+ worldwide. Aquatherm GmbH manufactures polypropylene pipe up to two feet in diameter (quite a jump from Gerhard Rosenberg’s tubing which was less than 3/4 inch). Aquatherm pipe is installed in 75+ countries.

Clark and his team introduced polypropylene-random (PP-R) piping systems to the PHVAC market. It’s first distributed to Canada in 2005 and then to the U.S. in 2007.

Up to that point, heat fusion was primarily relegated to underground uses of high-density polyethylene (HDPE) piping systems. Aquatherm introduces heat fusion as a technology to connect pipe and fittings. Applications included the inside and outside of buildings and industrial facilities, such as residences, health care facilities, schools, data centers and more. Plus, Aquatherm Inc. performs the arduous and expensive task of gaining code approvals as well as educating the market through training and support.

By 2013, Aquatherm PP-R piping systems are installed in a wide variety of projects throughout North America. This includes mission-critical applications like Lawrence Livermore National Laboratory, which is home to one of the world’s fastest supercomputers as well as handles weather forecasting and critical national defense functions. The same year, Aquatherm, Inc. makes the Forbes list again and is also number 1617 on the Inc. 5000.

After a tragic motorhome accident claims the lives of Clark and his wife, Aquatherm LP (in the U.S.) and Aquatherm Corp. (in Canada) were formed to carry on the sale of Aquatherm in North America. This new arrangement allows the North American entities to directly supply the market with top-quality PP-R and PP-RCT piping systems.

In today’s evolving market, Aquatherm GmbH and Aquatherm North America continue to innovate and lead. Their actions exemplify a global commitment to making the world a better place one piping system at a time:

A GLOBAL LEADER IN THE PIPING INDUSTRY

Aquatherm continues to set the bar for plastic pipe. This is exemplified by the inaugural BIGGEXCHANGE, which took place at Aquatherm GmbH’s global headquarters in 2018. Aquatherm GmbH launched the event to bring key players in the construction and HVAC industries together. More than 270 global industry leaders discussed mega trends, such as digitization, climate change, sustainability and aging infrastructures, that will profoundly change our world.

Today’s business climate is ever-changing. The price of traditional metal piping systems continually rises and falls, but the cost of PP-R piping systems remains stable. In fact, Aquatherm pipes don’t rust or corrode like metal, so they help building owners, contractors, designers and facility managers stay competitive and offer a superior piping system. And behind those piping systems, there are 600+ men and women ready to do whatever it takes to support Aquatherm customers.