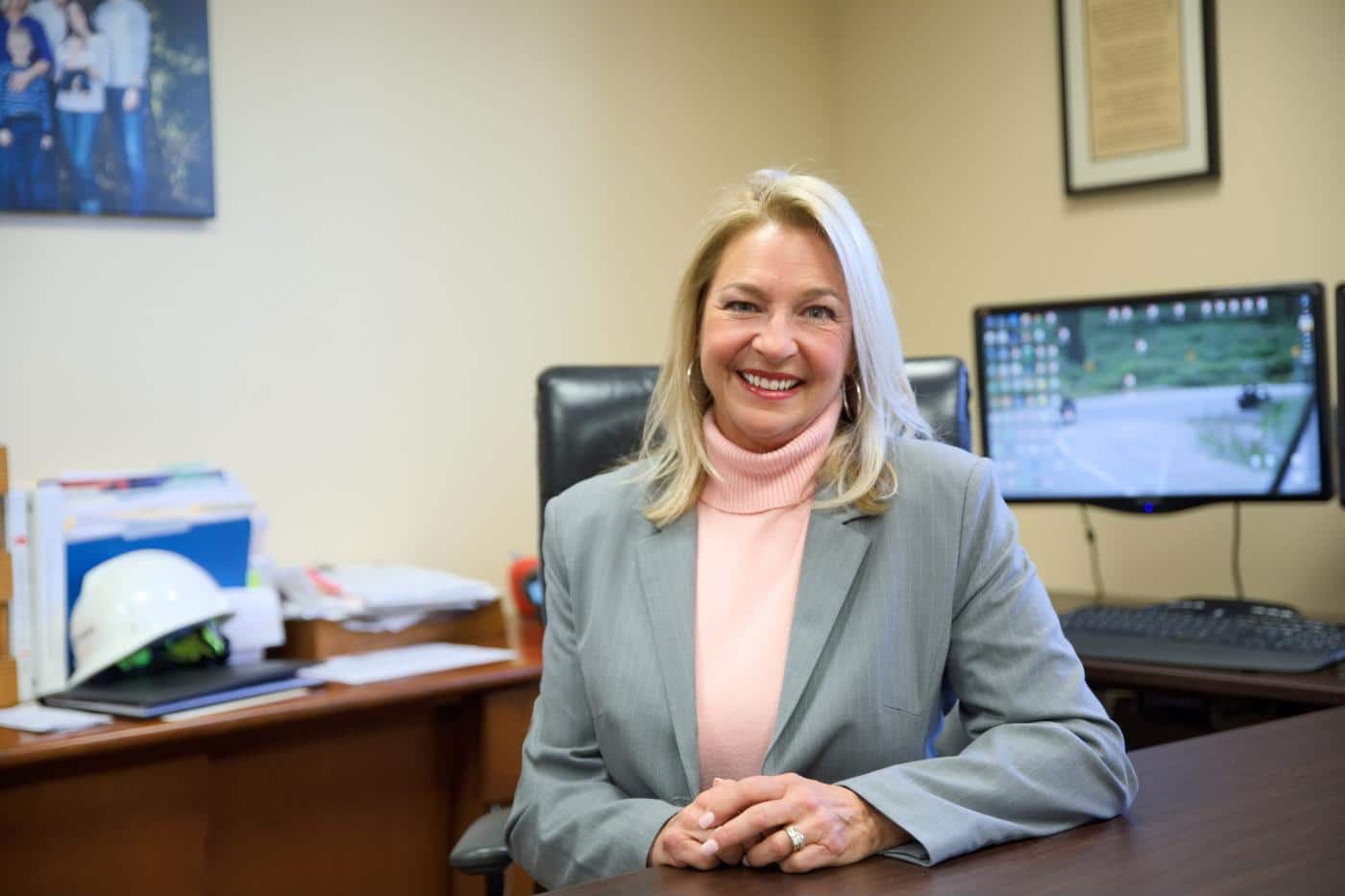 Problem-solving, determination, and innovation are the core values that have helped make Stokes Mechanical Contractor, Lake Worth, FL, successful for nearly 60 years.

“There’s no ‘secret’ to our success,” company President Susan Stokes says, “We just truly believe in and live those core values.”

Those values also have served Susan well as she has led the company since 1995 in a heavily male-dominated industry. According to the United States Department of Labor’s Bureau of Labor Statistics, in 2018 there were approximately 472,000 HVAC technicians and installers in the U.S., of which only 2.8 percent were women; of 641,000 plumbers, pipe layers, pipefitters, and steamfitters, 1.4 percent were women; and only 2.8 percent of 147,000 sheet metal workers and 10.9 percent of 333,000 mechanical engineers were women.

AN OPPORTUNITY TO LEAD

Stokes Mechanical Contractor was founded by E.C. “Sonny” Stokes in 1961. The company started out providing HVAC, sheet metal, and plumbing services for the new construction and retrofits markets in Palm Beach County, as well as service and maintenance. After enduring multiple open-heart surgeries in the early 1990s Sonny Stokes offered to turn the reins of the company over to his daughter, and Susan accepted immediately.

“I was planning on going to the University of Colorado to major in fashion merchandising when my dad called and said, ‘I will teach you the business if you want to take it over,’” Stokes recalls. “How could I say no?”

This was a blessing and a curse: it was a tremendous opportunity for Susan to lead her father’s company to continued success in the 21st century, but she faced the twin hurdles of being not only a woman, but also being the daughter of the boss.

“I had no engineering training, no college degree,” she says. “All I had was an education from the school of hard knocks.”

Susan, however, had a powerful force working in her favor: a tremendous amount of determination.

“I was very determined that I wasn’t going to let my dad down by allowing the business to fail or selling it,” she says. “Plus, I had a daughter I was responsible for. So, I pulled up my bootstraps, dug deep, learned everything I could, read everything I could, and stood by my dad to absorb as much knowledge as I could. For the rest of it, I used my gut and instinct.”

The team at Stokes Mechanical takes a break to celebrate 1,000 days safely worked. Founded in 1961, the company has grown into a $15 million powerhouse with nearly 100 employees.

Stokes began her PHVAC journey by learning the trades. She worked in the field for several years and earned both a plumbing license and an unlimited air conditioning license from the state of Florida. Early on, however, it still was tough to overcome the “daughter of the boss” stigma.

“People thought I was handed the business with a silver spoon in my mouth, which was not the case at all,” she explains. “What people didn’t understand was that as the boss’ daughter, I had to work twice as hard, both physically and mentally. My dad was harder on me than anybody in my entire life. He made sure I was strong enough, knowledgeable enough, and prepared enough to take over the business. He made me learn the trade hands-on, made sure I talked the talk and walked the walk.”

The high standards Sonny Stokes set for Susan continue to guide Stokes Mechanical today, as evidenced by the numerous awards the company has garnered (see sidebar). However, although awards are nice, even more rewarding for Stokes is the ongoing success of her company and its people. When she took over Stokes Mechanical in 1995, its annual sales volume was between $2 million and $3 million; today it is $15 million to $20 million and the company has nearly 100 employees.

“It’s funny, but I have always thought of us as a mom-and-pop shop,” Stokes says. “Then one day I had an ‘a-ha moment’ in which I realized we’re a $15-million-a-year business and a major contractor in Palm Beach County.”

Reasons for the ongoing success of Stokes Mechanical include great people, quality work, and a personal touch that Stokes suggests just might come from being  woman-owned company. In addition, the company was able to access certain jobs as a minority contractor. “I think in some cases that opened doors for us,” Stokes notes.

Stokes Mechanical’s core value of innovation also has helped the company succeed. Stokes’ people are always open and receptive to learning about the latest products and technologies. Stokes cites a number of companies whose products and services have helped set her company apart in a crowded field, including Automated Logic controls, Trimble MEP software, Trane and York chillers, Bell & Gossett pumps, and Aquatherm polypropylene piping systems.

These companies’ products have found their way into a number of noteworthy projects: Stokes Mechanical used Trimble on Treasure Coast Behavioral Health in Fort Pierce, Florida; installed a York magnetic bearing chiller at Fort Lauderdale Behavioral Health; and has completed a number of re-piping projects with Aquatherm pipe, including the condenser water at Trump Plaza in West Palm Beach; the cooling tower at Palm Beach State College; and the domestic water at Bal Harbour Village in Miami Beach. In addition, the company also offers BIM modeling and employs lean construction tools such as pull planning.

“Nobody wants to be a guinea pig, but we keep an open mind when it comes to new technology,” Stokes notes. “In the case of the York chiller, for example, the magnetic bearings are very efficient and quiet. And BIM modeling really helps with our project coordination.”

In the case of Aquatherm, Stokes says her company has replaced the copper and steel piping in a number of commercial buildings over the years — in some cases more than once. When their local Ferguson representative brought them the idea of offering Aquatherm polypropylene piping, Stokes and her team were skeptical but — as always— open-minded.

“The more we learned about Aquatherm, the more we were sold on it,” Stokes says. “The quality and durability of the material, the heat fusion process, the warranty, all of it was impressive. We first used it about five years ago for the condenser water in a 30-story condominium building; it worked great, and we’ve been using it ever since.” Quality installations with innovative products — such as the Aquatherm piping show here — have contributed to Stokes Mechanical’s ongoing success.

Finally, Stokes adds, it’s always important to remember the human side of the equation.

“It seems basic, but it’s not just about valves, pipes, and fittings,” she says. “These companies offer us innovative products but even more important is the reliability and service we get from their sales teams. They offer us relationships. Then we, in turn, build relationships with our customers.”

THE BEST ON EVERY PROJECT

On every Stokes Mechanical project, the idea is to ensure the best products and services are provided for each customer, every time. And that, notes Chris Guida, Director of Commercial Mechanical – Florida, Ferguson, is what’s important to Stokes Mechanical’s customers and partners.

“The commercial PHVAC industry may be male-dominated, but I don’t know of anyone who gives a second thought to working with Susan Stokes,” Guida says. “Her company is a reputable mechanical contractor that has been doing a great job for many years. They offer great products and provide outstanding service. We’ve been fortunate enough to partner with them on many projects that have been beneficial to both companies. Ultimately, everyone simply wants to work with the best companies.” Who doesn’t like to get into their work? An installer from Stokes Mechanical has a little fun with some large-diameter Aquatherm pipe.

Looking to the future, Stokes already is training her daughter and son-in-law, Erica and Daniel Barnes, to provide continued leadership and success to the company.

“My daughter and I had a lot of conversations over the years, and in 2013 she said, ‘Mom, I’m ready to come and work for you,’” Stokes says. “Since then, I’ve been preparing her just like my dad prepared me. My son-in-law came to work for me in 1996 at the age of 19 as a service plumber, and he now runs the service department.  The company will be in good hands with them.”

Susan notes, however, that she plans to stay involved with the company into the foreseeable future — although having the next generation in place may allow her a bit more time to hit the road on her Harley Ultra Classic Low. You can tell by the scenery that we’re not in Florida anymore. In her free time, Susan enjoys taking to the road on her Harley Ultra Classic Low.

Problem solving, determination, and innovation, as well as developing relationships with customers, vendors, contractors and subcontractors all have been important factors in the ongoing success of Stokes Mechanical, Stokes notes, and will continue to be so into the future. And don’t forget that famous Susan Stokes determination.

“Striving for excellence and working with a ‘can-do’  attitude will carry Stokes into the next 50 years,” she concludes.

The company has received numerous awards throughout its distinguished history, including: