What’s Ahead in the Craft Brewing Market - Aquatherm

What’s Ahead in the Craft Brewing Market 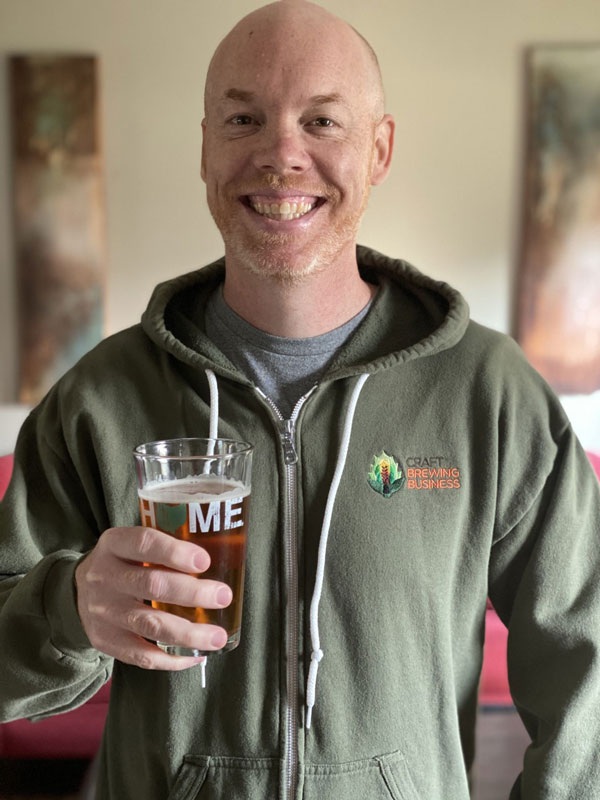 Aquatherm pipe is a popular choice for glycol lines and other applications at independent breweries across North America (check out some examples at Aquatherm brewery case studies).

Aquatherm recently spoke with Keith Gribbins, editor of Craft Brewing Business, a trade publication focused on the beer sector to help users gain some valuable “unfiltered” insights into this important market. Keith has been covering the equipment and business side of small breweries as a technical journalist for the past eight years.

I jumped into the craft brewing industry when craft beer was riding a rocketship of growth and breweries were wildly popping up on every corner.

Back in 2014, the craft beer sector (using the Brewers Association definition for “craft brewer”) saw an insane 18 percent rise in volume and a 22 percent increase in retail dollar value. There were a total of 3,464 operating breweries in 2014, producing 22.2 million barrels that year. Those numbers melted my brain back then. It could not be maintained.

Fast forward to 2019, and there were … wait for it … 8,275 craft breweries operating in America. Small and “independent” brewers (again by the BA’s definition) collectively produced 26.3 million barrels of beer that year BUT realized just under 4 percent total growth. Why? The market was maturing. Demand for beer as an overall category has been dwindling for years thanks to A) all that beer competition; and B) additional competition from seltzers, spirits, wine, kombucha, etc.

But 2020 has changed things dramatically, of course. In late September, I sat in on a webinar by Nielsen CGA about on-premise beer data during the pandemic, and the numbers were dramatic. Total beer, flavored malt beverages, and cider growth was down dramatically (-26.5 percent) since March/April. For craft beer specifically, draft growth was down -27.8 percent for on-premise and -25.7 percent for off-premise packaged. Pre-COVID-19 growth performance in early 2020 had craft beer on-premise draft growth down -0.3 percent and craft packaged at +2.5 percent.

Amplifying the matter, many breweries have adopted an on-premise business model over the last few years, so the shutdowns and stay-at-home culture have hurt them even worse.

What does this all mean for infrastructure professionals, such as those installing Aquatherm in craft breweries?

That picture sounds grim, I’ll admit, but this pandemic has set fire to a variety of customer-facing industries, so it’s not a surprise. The silver linings are that Nielsen CGA is seeing a steady increase each week of customers venturing back out, and breweries are being forced to adapt. That latter evolution means a change in how they operate, and that means reworking business models and adding new systems and equipment.

Here’s a solid example: Brewers must now package their beer. Beer makers are being forced into rethinking their sales distribution strategies. Small, on-premise outfits are scrambling for canning machines. Breweries are focusing on direct-to-consumer and e-commerce channels. From one of my recent interviews:

“We bought a canning line as soon as we got the larger facility open, which I remember at the time just agonizing over the decision, because it was not a cheap investment to make,” said Grant Tondro, co-owner of 3 Local Brothers, a restaurant group in San Diego, which includes Mason Ale Works. “But gosh, if we didn’t have that canning line, the brewery would probably be out of business. But the thing that we missed with this pivot the last couple of years was we didn’t do a good enough job of getting our direct-to-consumer sales going.”

Packaging and direct-to consumer is super-important right now. That means infrastructure needs to be built to accommodate new systems. Breweries are also rethinking cost and waste, and I think this can work for a product like Aquatherm, which may actually cost more at first, but is efficient, flexible, and long-lasting. Breweries are really examining efficiencies right now. From a recent interview:

“There’s no room in the budget to really waste anything,” said Neil Glausier, co-owner and brewmaster at Burgh’ers Brewing in Pittsburgh. “Tightening the belt was, of course, the first thing. It shouldn’t just be across the board, but we went through our entire inventory with a fine-tooth comb and analytically looked at unit price production. Just like the things that actually make money and the things that were being wasted, which is part of our philosophy anyway, being a sustainable restaurant. We identified all the highest waste things in both cost as well as trash. We eliminated them across the board. We reduced the availability on our menu and kind of cross-leveled everything down to a sturdy measure. It has been like a 13 percent improvement to our actual cost and margin. It has been really eye-opening, and we’ve started making our 120-day meeting an inventory analysis. Every six months we’ll start looking at those things again.”

In summary: The Chinese word for “crisis” is — in Western popular culture — frequently and incorrectly said to be composed of two Chinese characters signifying “danger” and “opportunity.” We’ll continue that fine tradition here. While the brewing industry is facing significant economic challenges, the industry is also evolving. Many of these big changes involve a reanalysis of infrastructure to brew and sell beer off-premise and direct to consumer, and this might create opportunities for a product like Aquatherm. Crisis = opportunity.