Aquatherm's polypropylene-random (PP-R) pipes were chosen for the project due to its non-reactive nature and ability to operate in freezing temperatures.

The brewery's owners needed to transfer glycol from the chiller to the fermenting tanks between 28˚ and 30˚ F using a piping material that would not be brittle (PVC) or costly (copper).

Aquatherm's polypropylene-random (PP-R) pipes were chosen for the project due to its non-reactive nature and ability to operate in freezing temperatures.

Trying to establish a new microbrewery these days is a very competitive venture. According to the Brewers Association, 2,538 craft and non-craft breweries of all sizes currently are operating in the United States, 409 of which opened in 2012.

But if you put time into your beer, pay attention to the details, set up your brewing system just so and throw yourself headfirst into the social-media-marketing frenzy, you might be able to develop a notable niche in your local marketplace – and maybe beyond. With all of this in mind, Nathan and Haley Cowan, Geoffrey Williams and Mathew Sweezey, the founders of Eventide Brewing in Atlanta, are well on their way to putting their mark on the southern suds scene.

Integral to their plan of attack is, of course, tasty beer. Not the trendiest, hoppiest, strangest beer possible, but flavor-packed sessionable beer that anyone can enjoy whenever with whatever. In fact, the Eventide microbrewery was built on the notion that “great doesn’t have to be complicated.”

Eventide’s owners plan to be in production by October 2013 and shipping barrels to bars and brewpubs across the region later this year. They have five mainstay styles currently in the works, three of which will launch this year: dry Irish stout, Kölsch-style ale, American pale ale, Hefeweizen, and a red ale to follow.

Completely unpretentious, Eventide’s brewing process is accessible to anyone with an Internet connection – the brewery has no secrets. Eventide has a fierce social-media presence with the photos, videos and blogs to prove it. The brewery’s website, eventidebrewing.com, will even get an update at the same time the kegs begin rolling out the door. 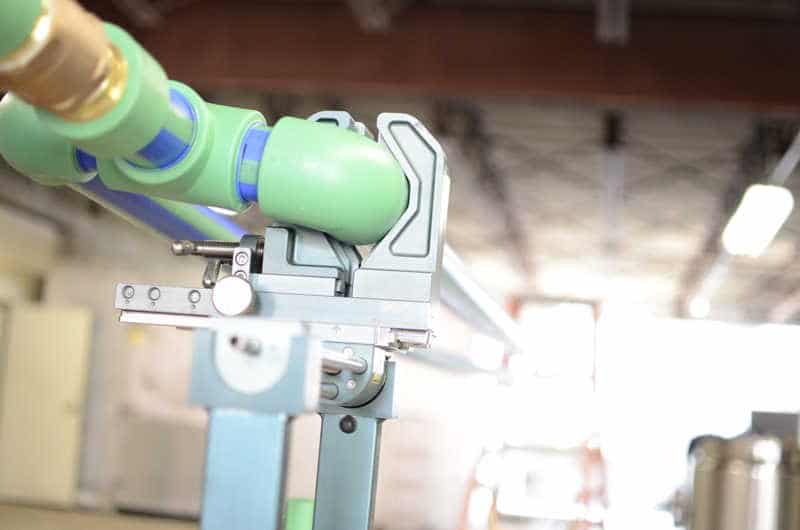 When it came to designing the brewing system, Nathan Cowan, currently a mechanical engineer by day and Eventide’s CEO by night, wanted to build a structure much like his beer, smooth and straightforward.

Although the company was founded in 2011, the Eventide team finally rented out a 12,500-sq.-ft. factory/warehouse space in January 2013 and began interior construction in March. After much planning, purchasing, applying for permits and patiently waiting, Eventide’s brewing equipment arrived in July and Cowan was able to start piecing together the direct-fired, two-kettle system.

“It’s a plug-and-play operation for the most part,” Cowan said. The brewing system is comprised of two kettles – the mash/lauter tun and the boil kettle/whirlpool – and a hot-liquor tank (HLT), which basically acts as a hot-water heater. Hot water flows from the HLT to the mash/lauter tun, in which the water is mixed with grain to create a mash.

The mashing process creates a sugar-rich “wort,” which then is strained in a method known as “lautering.” The wort next travels to the boil kettle/whirlpool, in which it is boiled with hops and other flavoring ingredients. At the end of the boil, the whirlpool eliminates large sediment from the final product. The wort then pours into one of three stainless-steel jacketed fermentation tanks, each of which has a 15-barrel capacity; the tanks feature a glycol-cooling system that sits between the jacket and the inner tank and maintains a tank temperature of 45˚ to 76˚F. The wort ferments for eight days, then the resulting beer moves to a 15-barrel-capacity bright (or conditioning) tank, in which the brew is cold-crashed to 32˚, clarified and carbonated. Finally, the signature suds are ready for packaging.

Central to the five-barrel system – meaning five barrels of beer can be produced per brew length – is the glycol-cooling structure. “We have to be able to manipulate that temperature to the degree,” Cowan said.

To run the glycol from a PRO Refrigeration chiller to the fermentation tanks, Cowan needed a very specific piping system, something that wouldn’t leak or weaken when experiencing extreme temperatures. Although quite useful in brewing production, glycol is rather expensive: “You would just lose your shirt if you had a catastrophe,” Cowan said.

Cowan originally considered using PVC piping, but the glycol has to be kept between 28˚ and 30˚; PVC piping starts to become brittle at temperatures below 32˚. Copper also was contemplated, but its high price was a detractor. Additionally, “soldering copper is a really hard skill to master, and even then you’re not guaranteed that it’s leak-free,” Cowan said.

“Cowan was on board from the beginning,” said Aquatherm representative Mike Nix. Nix is president of Atlanta’s Mike Nix & Assoc., a manufacturer’s representative firm focused on territories in Georgia and Tennessee. “You usually have to sell a product, but that wasn’t the case on this project,” Nix said. 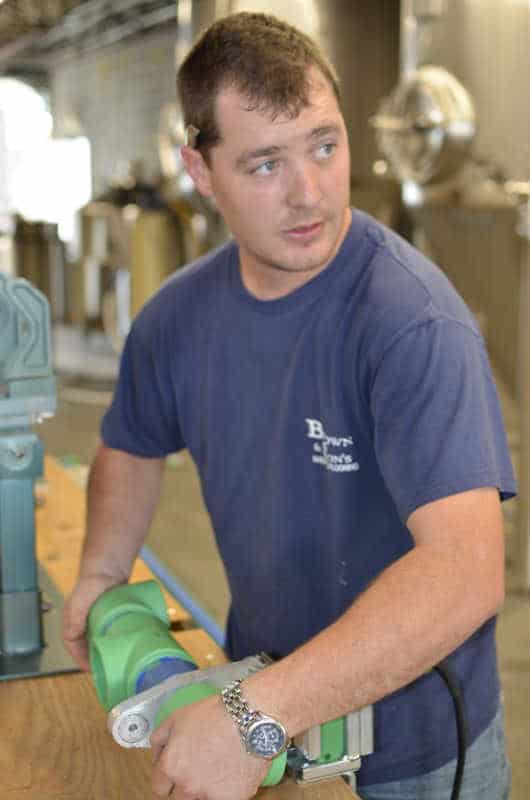 After the brewery system plans were finalized, the local distributor trained Cowan on Aquatherm’s unique welding process. Aquatherm PP-R piping uses reliable heat fusion to bond both sides of a joint into a single, homogenous material without the use of chemicals or mechanical connections, eliminating systemic weaknesses and fail-points in the pipe. The seamless heat-fusion connections, combined with the piping’s resistance to corrosion and abrasion, help to ease leakage concerns.

“It’s a dang easy product to use,” Cowan said. “I needed a product that would match the design constraints, and it had to be affordable, but the ease of installing Aquatherm was a bonus.”

Using a rented ASDAC welding jig as well as Ritmo and Widos welding irons, Cowan and the distributor installed all of the piping in just 12 hours. Thanks to Aquatherm’s light weight, they were able to construct the entire system on the ground in a controlled environment, then lift it up in the air and hang it from the ceiling.

PLANNING FOR WHAT LIES AHEAD

After a long day of fabricating, Cowan was happy with the results. “So far so good. We have experienced zero leaks,” he said. “Not even a little leak.”

Cowan estimates the new system will allow Eventide to produce 75 barrels of beer per month to start, increasing to 150 barrels per month in 2014 before any additional tanks need to be added. Cowan also expects the brewery eventually will segue into can production.

Eventide’s founders are already looking into the future: with a forecasted growth of at least 35% each year, Cowan thinks the brewery’s success will outgrow the equipment and space within two and a half years.

“Our next project will be 10 times the size of what we have now,” Cowan said. “We plan on using Aquatherm again when we expand.”